A total of 18 children have been tentatively identified and two offenders apprehended as a result of the 10th edition of Europol’s Victim Identification Taskforce (VIDTF). Nine of these young victims have already been rescued by the competent authorities, with investigations ongoing to safeguard the others.

The VIDTF is a Europol initiative which this year gathered specialists from 26 countries and partner agencies to identify victims and offenders depicted in child sexual abuse material.

Between 25 October and 5 November 2021, these experts combed through some 580 sets of images and video files depicting unknown victims of child sexual abuse, some as young as a few days old. They were supported by Europol specialists and intelligence analysts in the field of combating the sexual exploitation of children.
In addition to the 18 children identified, the likely country of production has been located in 211 instances and intelligence packages sent by Europol to the relevant countries for investigation.

Since 2014, Europol has been gathering victim identification specialists from across the world on a regular basis in order to focus on unsolved cases of child sexual abuse.
The VIDTF is the largest recurring operation of its kind in the world, and has inspired a number of similar initiatives at the national and regional levels, such as in Italy and Australia.
Now in its 10th iteration, the VIDTF has yielded the following results since it was first convened:

Europol’s Executive Director Catherine de Bolle said: “Changing global circumstances in recent decades have changed the way child abusers commit their crimes and hide their tracks. Results such as these from the VIDTF show that law enforcement has kept up with these changes and built a formidable united front against this type of crime. This is echoed by the public’s support through the Trace An Object initiative, and together we can hopefully rescue more children and infants from abuse and sexual exploitation.

You can help us identify the origin of certain objects as part of Europol’s Trace An Object initiative. Non-confrontational details of images extracted from child sexual abuse cold cases are regularly made public, in the hope that someone recognises a detail that will help narrow down the location of the victim.

27 000 tips have already been sent to Europol, which have led to the identification of 23 children and to the prosecution of 5 offenders.

Europol is releasing today a new set of images in the hope that these can be identified by the general public.

Every day, advertisements for medicines invade the

US seizes SSNDOB market with significant...

SSNDOB, an online marketplace that sold the names,

Uniting to raise awareness on Cyber...

Being ever-evolving as an attack tool, even the 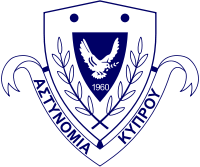